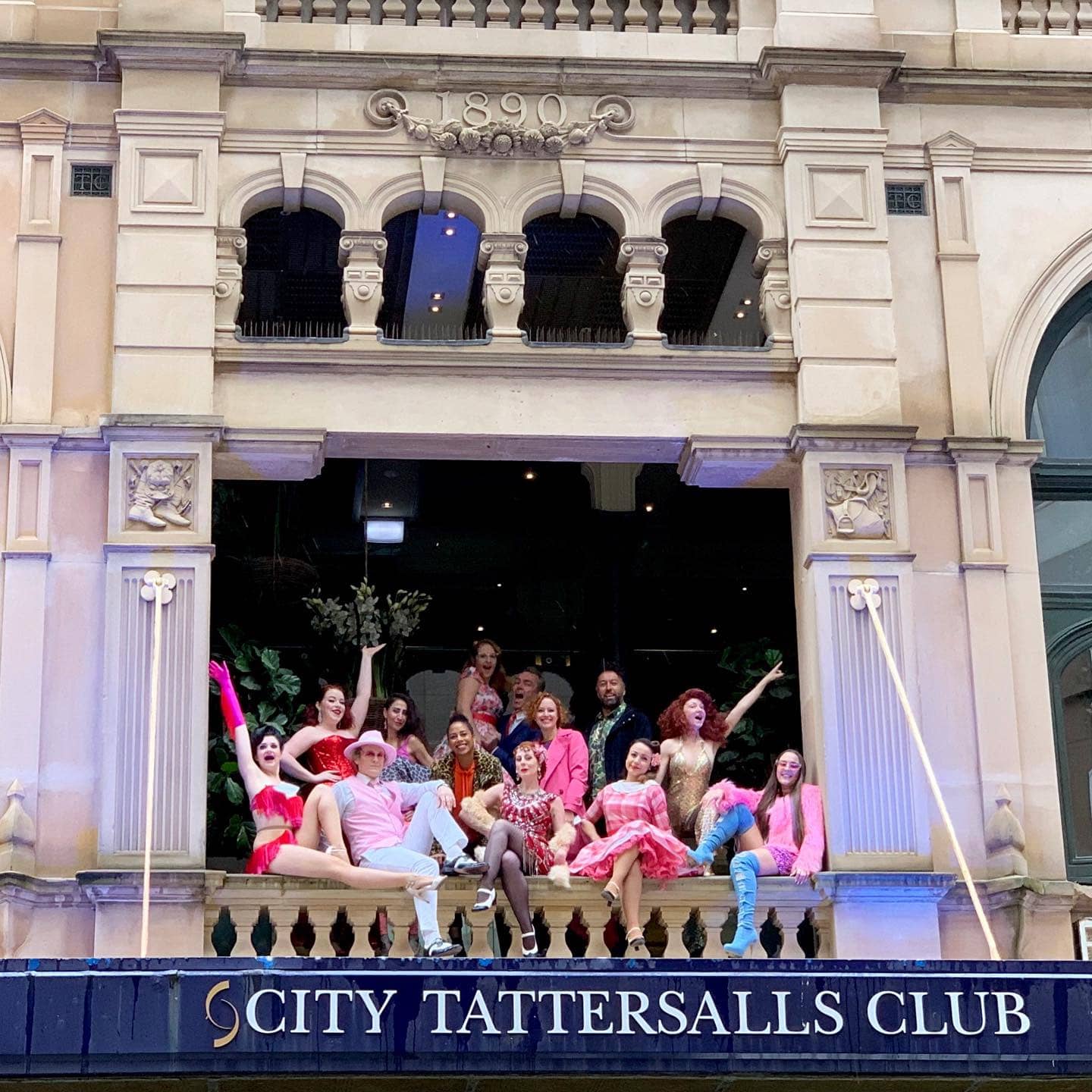 Celebrating our 10th anniversary in 2019, Sydney Fringe Festival, New South Wales’ largest independent arts festival, today announced its most ambitious program yet including a take-over of Sydney’s historic City Tattersalls Club in a month of activations ending in a giant CBD party. Presented from 1 until 30 September, the Fringe will program performances, exhibitions, large-scale events, a festival club and more, in venues in and surrounding Sydney’s CBD.

Our CEO and Festival Director Kerri Glasscock said: “We are thrilled to be bringing dancing, fun and festivities back to Sydney’s CBD in celebration of 10 years of Fringe – looking back at all we have achieved but also forward to the thriving future we all want for our city. Our birthday celebrations will bring a taste of Fringe to the CBD for the first time offering the local community of businesses, venues, artists and audience the opportunity to celebrate and amplify the amazing content of the area and bring life back to the streets. This year is our most ambitious festival program to date, continuing Sydney Fringe’s passion for enlivening Sydney’s unused spaces and providing audiences unique experiences.”

A new major partnership in 2019 with City Tattersalls Club will see Sydney Fringe continue our leading work in activating space in Sydney. Taking over multiple floors within the historic venue, Sydney Fringe will be creating a multi-venue festival hub in the heart of the CBD that includes three theatre spaces, one site specific space, a large event space and a pop-up basement bar. A highlight of the festival presented at the City Tatts Hub is Dance All Night – a mammoth multi-level immersive dance party, held over the closing weekend, including a Kevin Bacon inspired Footloose flash mob that will travel the surrounding streets.

Another new partnership with Australian Actors Centre in Leichhardt sees the Dance Hub expand to multi-venue program featuring established, mid-career and emerging artists. A launch event titled Dance All Day, on Saturday 7 September, will provide audiences with the opportunity to literally dance all day in the outdoor forum space with guest dance instructors and performers.

Sydney Airport presents Fringe Kids for another year, kicking off with a massive free outdoor performance by our Fringe Kids Ambassador Dj Jazzy in The Forum Leichhardt in partnership with the Inner West Council.

New for 2019 is the Paddington Hub presenting pop-up performances at Cobbstar Studios and underneath Oxford Street’s Verona Cinema.

Other highlights of the program include the return of Legs Hub of Physical Theatre and Circus in partnership with legendary physical theatre company Legs on The Wall at the Red Box in Lillyfield, including a world premiere development season of a new immersive experience; and the return of the Touring Hub featuring a hand-picked collection of shows from around the globe with artists from the UK, New Zealand and interstate. The Emerging Artist Hub returns for its fourth year at the Erskineville Town Hall and the Hilarium Comedy Hub, which sees Sydney Fringe continue its partnership with Kings Cross Hotel, will take over two floors with a month-long comedy club.

The full program for the 2019 Sydney Fringe Festival will be announced in August 2019.