Sydney Fringe Festival is making an urgent call-out for new inner-city venues to house its biggest line-up yet amid a post-lockdown boom in new music, theatre, poetry, cabaret and circus shows.

Fringe director Kerri Glasscock says between 5 and 10 per cent of venues across Sydney have shuttered since 2019 when the festival last hit town in vibrant technicolour.

Its former home, the Old 505 Theatre, and sometime venue, Giant Dwarf in Redfern, were casualties of the rolling public health lockdowns.

Fringe went digital in 2021 and set up in the Spiegeltent in the Rocks precinct in February for a sold-out season, but this year will be its first full-sized festival after the two-year COVID-led furlough.

Now headquartered at Marrickville Town Hall, Glasscock says she was hunting new venues to house the live music, dance and circus acts that have been in the works for the last couple of years. While comedy will be based at the Factory Theatre in Marrickville and cabaret at Castlereagh Hotel, the festival was especially short of venues suitable for rigging for circus performers.

Sydney Fringe is an open-access festival, meaning that it takes all comers and finds suitable stages for performances. It subsidises hire fees and offers curatorial, marketing and ticketing support for solo artists and small groups that would otherwise be locked out of venues.

This year, there are few international acts making the journey to Sydney, but Glasscock expects registrations to almost top 500 acts, describing it as a sign of growing confidence that the arts sector is not going to get shut down again.

“More than that, I think it really is the first big moment Sydney indie artists have had since COVID because whilst we have had Sydney festivals, and we’ve had revitalisation projects and street parties, we haven’t had a moment where everyone has been able to come together, where they have been able to present new work for productions in theatre,” she said.

“And the backlog of work for the last few years is really quite extraordinary. Fortunate for us but it’s led to this problem now where we are desperately trying to find more venues and new venues because we don’t want to turn anyone away.” 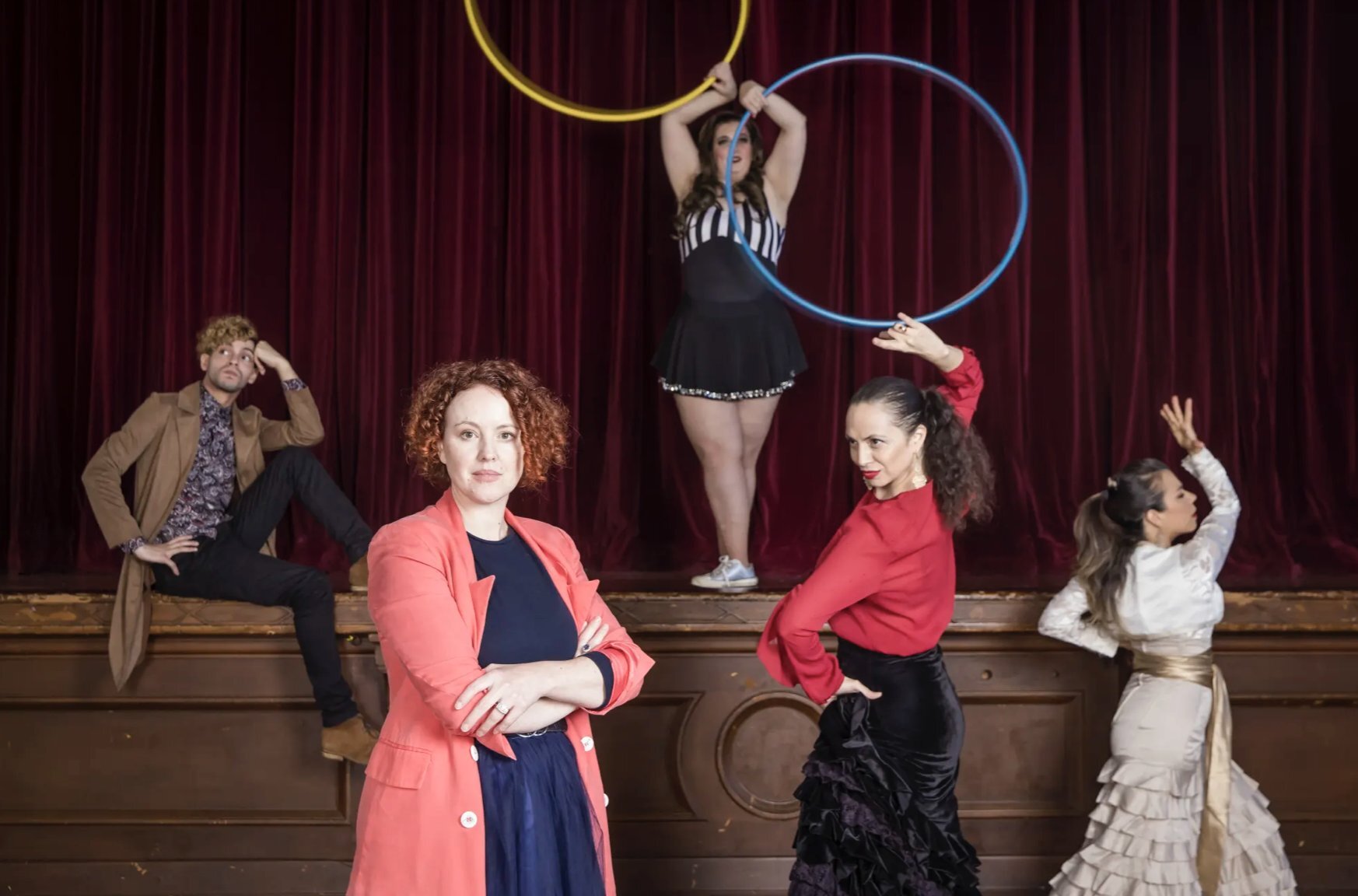 This year’s music program is its biggest. “That’s got a lot to do with the loss of gigs during COVID,” Glasscock said. “Also, we’ve lost some venues so it’s harder for people to get gigs now.”

Kiri Pedersen combines circus, burlesque and cabaret in her performance as the Spinning Sensation. This is her fourth year at Sydney Fringe and while it doesn’t have the same buzz as Adelaide, she says, it’s only a matter of time before it catches up.

For creatives, it’s a vital platform to develop new theatre and connect with audiences without incurring hefty venue hire fees and upfront registration costs.“It’s a space where I can perform new work or rework my show,” Pedersen says.

“I can expand my audience and I usually get into venues that are different than what I normally do and it allows me to make new connections. And also I get to see the other works where I wouldn’t necessarily be able to afford – going out to a whole lot of shows, an artist pass does help to see those, there’s great professional development workshops that run pre-festival.”

The only brake on Sydney’s physical theatre scene is the lack of venues.

“Sydney circus is dying,” Pedersen says. “We’ve had two of our major aerial schools have to close because of COVID.

“Melbourne has beautiful pop-up tents that can do circus. Here, trying to navigate getting a tent on council lands, then on private land, there’s just so many hoops to jump through – we’re missing a whole genre of work that is amazing because there is nothing in Sydney, unless you want to go for a massive 800-seater venue, and I don’t have the funds to do that.”